In addition to the two new Q2 “Reporter” cameras, leica made also two additional announcements at their event in Wetzlar: 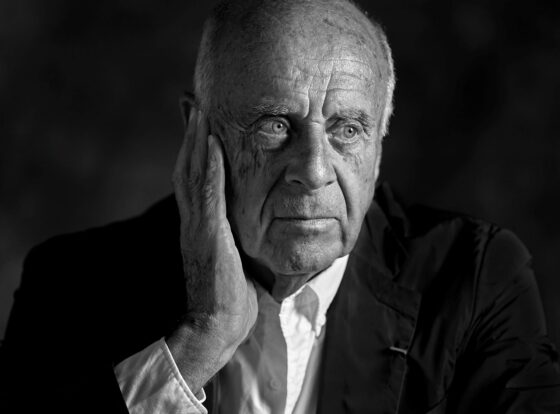 On November 4, 2021, within the framework of Leica Camera AG’s Celebration of Photography event, the renowned American photographer Ralph Gibson will receive the Leica Hall of Fame Award for his life achievements. He will also be honoured with a comprehensive exhibition, which will run from November 5 until the end of February 2022, at the Leica Gallery in Wetzlar. His imagery is both individual and timeless; his style is unmistakable. Over more than six decades, Ralph Gibson created a multifaceted body of work – one that is also directly associated with Leica. Immediately, at the start of his career, he acquired his first Leica – an M2. Paid for by instalment, any followed by numerous other models, the camera was to play a decisive role in turning Gibson’s photographic vision into reality.

Gibson first gained a solid foundation in photography in the US Navy, and then at the San Francisco Art Institute. Later, from 1961 to 1962, he assisted Dorothea Lange, and, from 1967 to 1968, Robert Frank. Right from the beginning, his style was firmly defined by graphic compositions with strong black and white contrasts, which even back then had less of an applied effect than an artistic one. By 1966, after he had worked for a few months on a trial basis for the renowned Magnum Photos Agency in New York, he decided against a career as a commercial photographer or commercially applied photojournalist. He was far more interested in seeking out self-determined content, and discovering his own autonomous visual language. Consequently, his oeuvre is a perfect example of the transformation of American photography in the seventies, which was pointing in a noticeably more individualistic, and less photo-journalistic and documentary direction, resulting in photography gaining evident acknowledgement as an artistic medium.

“Throughout my entire career when the occasional award arrived, I noticed that it releases tremendous creative energy in me. It encourages me to try harder, push further and make greater efforts. And that happens to suit my state of mind at this period in my life. So, and to my previous colleagues who’ve won it, I rendered them homage. I’m pleased to be included among them,” says Ralph Gibson, winner of the Leica Hall of Fame Award 2021.

Gibson remained a defender of analogue photo technology for a long time, but the use of a Leica Monochrom, in 2013, changed his attitude. It only took a few shots for him to recognise the potential of digital technology, allowing him to make a smooth transition from the dark room to a digital workflow. His vision, however, remained constant. Many of his motifs have long since become icons of photography. His clear and graphically perfect compositions, often photographed very close to the motif, are always immediately recognisable.

While appearing abstract, Gibson’s pictures never completely give up their reference to reality. In addition to precise studies, seemingly surreal compositions, and apparently spontaneous street scenes, exquisite nude photos also have a not insignificant place in Gibson’s unmistakable repertoire. “Whether mysteriously emotional or clearly recognizable; analogue or digital; black and white or, more rarely, colour – there is no doubt that Ralph Gibson has produced a multilayered and moving life’s work. For this, we are delighted to induct him into the ranks of our Leica Hall of Fame winners,” Karin Rehn-Kaufmann, Art Director and General Representative Leica Galleries International, explains.

Ralph Gibson was born in Los Angeles on January 16, 1939. He learned photography in the US Navy, and then studied at the San Francisco Art Institute from 1960 to 1962. He worked as an assistant to both Dorothea Lange and Robert Frank. Gibson also made photography history with Verlag Lustrum Press, which he founded in 1969. The company published 40 monographs, as well as numerous compendiums and important works by other photographers. Gibson is represented in the most important private and museum collections. His work has been published internationally, and he is the recipient of multiple awards, including the Leica Medal of Excellence in 1988, and the French National Order of the Legion of Honour. He lives in New York.

Pictures that have touched the world; moments that remain unforgotten. Leica Camera AG has been inducting photographers into the Leica Hall of Fame since 2011 — photographers whose ways of seeing the world have moved something, have changed something. The iconic images that testify to their creativity are anchored in our collective memory, illustrating the conditio humana in a touching and timeless manner. Steve McCurry was the first photographer honoured with the Leica Hall of Fame Award, in 2011. He was followed by Barbara Klemm, Nick Út, René Burri, Thomas Hoepker and Ara Güler. In 2017, Gianni Berengo Gardin and Joel Meyerowitz were inducted, followed by Bruce Davidson and Jürgen Schadeberg in 2018, and Walter Vogel in 2019.

In the Leica Oskar Barnack Award’s main category, it was Venezuelan photographer Ana María Arévalo Gosen’s series “Días Eternos” that convinced the five-person jury. Her work was submitted by nominator Gonçalo Fonseca. In the Leica Oskar Barnack Award Newcomer category (for up-and-coming photographers up to 30 years of age), it was German photographer Emile Ducke with his “Kolyma – Along the Road of Bones” series, proposed by nominator Gaia Tripoli, that won the day.

The “Días Eternos” series by the Venezuelan photographer (born 1988) focuses on the harrowing living conditions of women in jail. Arévalo Gosen’s pictures were taken as of 2017 in prisons in Venezuela and El Salvador. Working with a Leica Q, she reveals – with great visual power and impact – the causes and consequences of imprisonment, not only for the women, but also for their families and for society in Latin America.

Arévalo Gosen explains, “In the portraits of the women in jail, I’m concerned about the conditions of their imprisonment, where human rights seem to be ignored. I don’t think I can change these women’s lives, but at least through my work I can show that they exist.”

Ana María Arévalo Gosen was born in Caracas, Venezuela in 1988. She studied Photography at the École supérieure de Photographie in Toulouse and at the EFTI (Centro Internacional de Fotografia y Cine) in Madrid. Arévalo Gosen uses photography as a means to tell visual stories with a high documentary value. The focus of her work is on projects related to women’s rights and environmental issues. She received a grant from the Pulitzer Center on Crisis Reporting to complete her “Días Eternos” project. The series has already earned her the LUMIX Award and the Lucas Dolega Award. She is a member of Ayün Fotógrafas, a collective of Latin American women photographers. She moves between Bilbao and Latin America.

Thousands of Stalin-era gulag inmates died during the construction of a highway through the remote and icy Siberian region of Kolyma. When travelling along the so-called Road of Bones, the German documentary photographer (born in 1994) looked not only for remnants of the former forced-labour camps, but also questioned how they are remembered today.

Emile Ducke remembers: “What moved me most, during my journey along the Kolyma Highway, built by prisoners from the gulags of Russia’s Far East, were the meetings with contemporary witnesses to and survivors of that tragic past.”

Emile Ducke was born in 1994. In 2017, he decided to put off finishing his college degree in Photojournalism and moved to Moscow, where he has been ever since. He works on personal projects, as well as assignments for various international publications. As a regular contributor to the New York Times, he has documented the consequences of the melting permafrost above the Arctic Circle, investigated the legacy of Stalin’s forced-labour camps in the Far East of Russia, and captured scenes of traditional life in Chechnya. His photo essays have been published in the Washington Post, National Geographic and Spiegel, among others. He was elected as a World Press Photo 6×6 Visual Storyteller, named one of the Photo District News’s 30 emerging photographers, and awarded the n-ost Reportage Prize for his coverage of Eastern Europe.

“In the name of the whole jury (Sandra M. Stevenson, Assistant Editor, Photography, The New York Times, USA; Ralph Gibson, Photographer, USA; Santiago Lyon, Photographer and Head of Advocacy and Education, Adobe, Spain; and Dr. Michael Pritchard, Director Education and Public Affairs, Royal Photographic Society, Great Britain), I would like to congratulate the winners of this year’s Leica Oskar Barnack Awards. The diversity, the high quality of the series, and the many submissions by very young photographers have all truly impressed and touched me.” Karin Rehn-Kaufmann, Art Director Chief Representative for Leica Galleries International, adds: “I am deeply grateful to our jury, who always worked very professionally and kept the human element in their hearts; and I am also very thankful to all of our committed nominators from all over the world.”

The prize monies, which were increased significantly in 2020, remain the same for 2021: in addition to 40,000 euros, Ana María Arévalo Gosen will also receive Leica camera equipment valued at 10,000 euros. As winner of the Newcomer Award, Emile Ducke will receive 10,000 euros in prize money, as well as a Leica Q2.

On November 4, the two winners will be honoured at the LOBA award ceremony, and their work will be included in an exhibition showing all thirteen shortlisted series. This is part of a large celebration of photography to take place in Wetzlar, where the Leica Hall of Fame Award will also be presented, and the Ernst Leitz Museum will be introduced internationally with its new orientation.

The LOBA 2021 catalogue will be published to accompany the exhibition. It will present not only the two winners’ complete series, with background information, but also the series of the other eleven candidates on the LOBA 2021 shortlist. The exhibition of the winning and shortlisted series is kindly supported by WhiteWall.

You can find more information on this year’s winners at: www.leica-oskar-barnack-award.com