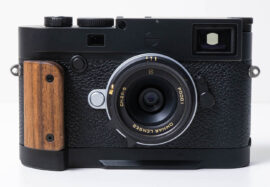 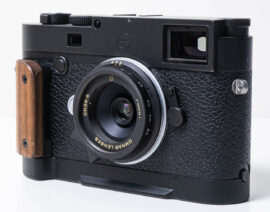 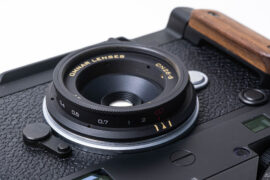 Omnar Lenses are excited to announce the launch of their first lens, the Omnar CN26-6, a 26mm f/6, fixed aperture, rangefinder coupled, snapshot lens. Designed, manufactured, painted and assembled in the UK.

The Omnar CN26-6 is now available to preorder off the website – omnarlenses.com. All lenses are painted and made to individual customers specifications (as detailed below). We expect deliveries of pre-ordered lenses to begin in December.

Omnar Lenses make unique, limited edition lenses; designed, manufactured, and hand assembled in the UK. Our lenses are made by lens enthusiasts, for lens enthusiasts. We make lenses without any compromise on mechanical build quality. With esoteric, unusual, characterful optical formulas. Omnar lenses feel the part, and work with you to create images in your very personal style.

In the world of cinema, lenses are chosen for their image qualities and character, not the objective measures so much more commonly used by photographers. But whilst cinematographers might seek out aberrations such as lens flare, heavy vignetting, and softness to help them create a look to their moving pictures, they do this with a no-compromise approach to the mechanical build of their equipment. It is this mentality with which we have approached producing lenses at Omnar.

The Omnar CN26-6 makes use of the 26mm f/6 optics from a Canon AF10 point and shoot camera, rehoused in rangefinder coupled, brass mechanics. With extremely precise manufacturing tolerances, the mechanical feel of this lens is on par with the highest build quality lenses on the market. The lens has a fixed aperture of f/6, and a focal length of 26mm, giving it broad depth of field, which combined with the short focus throw makes for a lens that’s quick to focus and shoot.

The optics were selected for their point and shoot camera aesthetic. When researching these types of cameras, we looked for an optic with medium speed that was mostly made of glass. The chosen optic is a four element in three groups, a modified derivative of the classic Tessar formula. The front doublet and middle element glass, followed by a fixed aperture disc, then a rear polycarbonate element. The coated elements help keep the contrast relatively high, with the rear polycarbonate – given the right angle of light – creating a rainbow flare the sort that is more commonly associated with cameras such as the Vivitar UWS, but to a lesser degree. As detailed below, the image quality varies depending on whether it is used on film or digital camera due to how oblique ray angles of light are handled on a variety of digital sensors.

The optics used in the Omnar CN26-6 were designed to be used in film point and shoot cameras such as the Canon AF-10 and BF-10. As such, on film, this lens will create images that have a strong entry level point and shoot aesthetic. You can expect good sharpness with gentle fall off to the edges of the frame. You will also find a moderate vignette and some rainbow flaring if you catch the light just right. When close focusing, bokeh is surprisingly pleasant.

On full frame Leica M digital cameras, the image quality varies depending on the era of the camera and type of sensor cover substrate. To a large extent, the same character traits apply. The central resolution and contrast is high, but the falloff to softer corners is quicker. Edges may also suffer from colour shifts that can be combated by selecting lens profiles in-camera, or post-processed out with software such as corner fix.

Omnar Lenses is the brainchild of Hamish Gill, otherwise known for the photography website 35mmc.com; and Chris Andreyo of Skyllaney Opto-Mechanics, known for their work repairing, customising and building esoteric lenses for m-mount cameras . Chris and Hamish share a passion for rangefinder lenses, but also hold the same views when it comes to the build quality of lenses and the optics found within them.

Owning a rangefinder camera need not be about owning lenses made by the same brand, nor should it need to be about shooting lenses that fit the commonly held view that sharpness is king, and abarations should be avoided at all costs. In fact, choosing a lens should be about choosing image qualities that suit the goals and needs of the photographer, whatever those needs might be.

Omnar Lenses was created to fill a niche hole in the marketplace. Unusual or otherwise difficult to mount to rangefinder camera optics, housed in no-compromise mechanics. The approach the world of cinema takes to lenses, but for photographers with rangefinder cameras.

The Omnar CN26-6 is now available to preorder off the website – omnarlenses.com. All lenses are painted and made to individual customers specifications (as detailed below). We expect deliveries of pre-ordered lenses to begin in December. 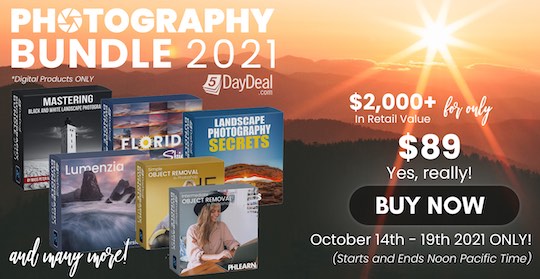